A Samaritan at Salisbury 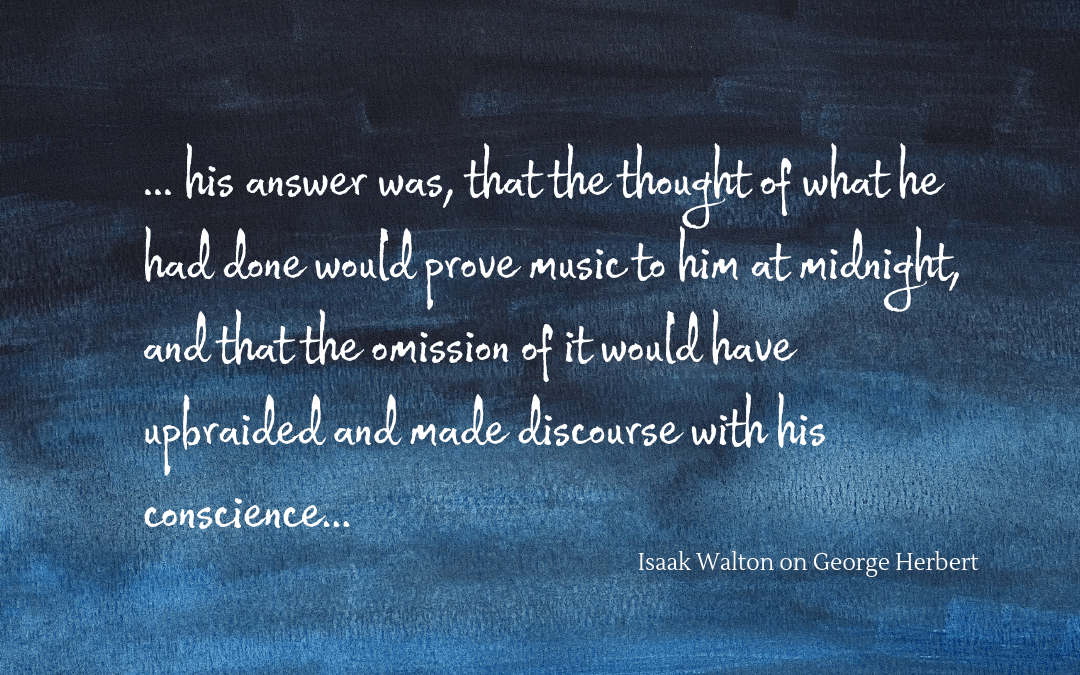 This account of the 17th century English clergyman and poet, George Herbert, stopping on his way to help a poor man, gives us an insight into his character. His friends asked him why he would sully himself to lend a hand and his answer has the lyricism which imbues his poetry.

He would have a clean conscience in other words, portrayed as ‘music to him at midnight’. Probably the clearest litmus test of a soul’s state is whether it feels at ease at midnight. If you feel content, happy, hopeful then, you’re probably in good shape.

John Drury skillfully adapted this as the title of his sensitive and moving biography of Herbert.

‘In another walk to Salisbury he saw a poor man with a poorer horse that was fallen under his load; they were both in distress, and needed present help, which Mr. Herbert perceiving, put off his canonical coat, and helped the poor man to unload, and after to load his horse.  The poor man blessed him for it, and he blessed the poor man; and so was like the good Samaritan, that he gave him money to refresh both himself and his horse, and told him, that if he loved himself, he would be merciful to his beast.  Thus he left the poor man, and at his coming to his musical friends at Salisbury, they began to wonder that Mr. George Herbert, who used to be so trim and clean, came into that company so soiled and discomposed; but he told them the occasion; and when one of the company told him he had disparaged himself by so dirty an employment, his answer was, that the thought of what he had done would prove music to him at midnight, and that the omission of it would have upbraided and made discourse with his conscience, whensoever he would pass by that place.’