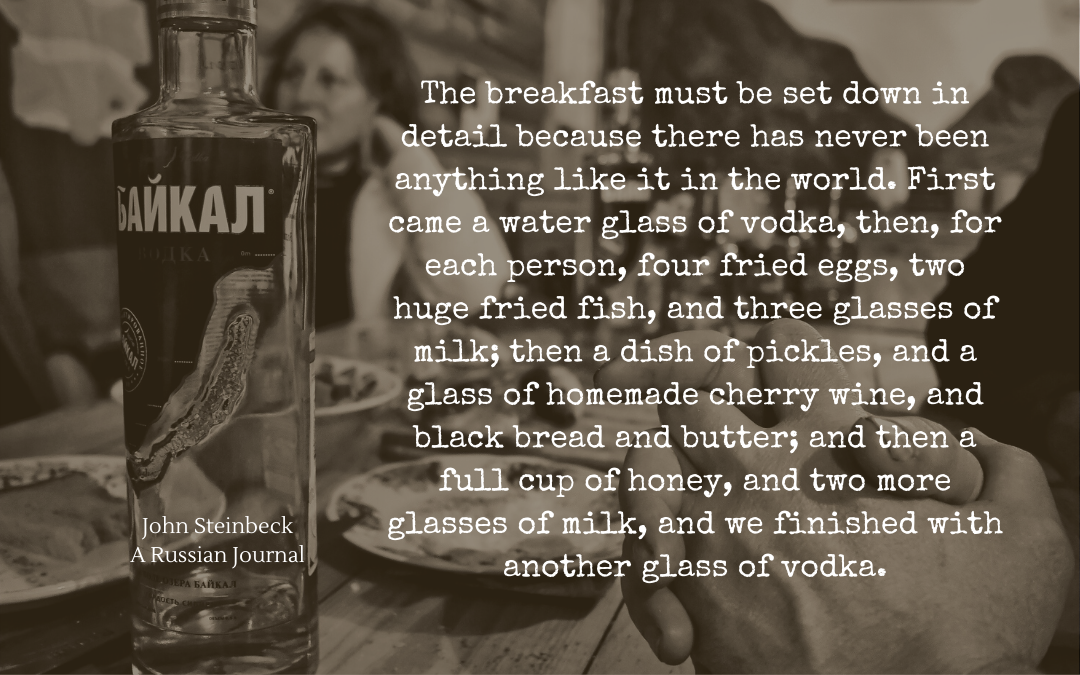 I like detailed descriptions of meals and picnics. Here Steinbeck sets down in detail a stupendous and outrageously over-rich breakfast laid before him and Robert Capa on their travels in Ukraine. Remember, this was a country which had suffered one of the world’s worst famines during the preceding decade. No wonder their idea of hospitality was to pile up the food and then some.

The breakfast was followed by other meals of similar gargantuan extravagance.

The breakfast must be set down in detail because there has never been anything like it in the world. First came a water glass of vodka, then, for each person, four fried eggs, two huge fried fish, and three glasses of milk; then a dish of pickles, and a glass of homemade cherry wine, and black bread and butter; and then a full cup of honey, and two more glasses of milk, and we finished with another glass of vodka. It sounds incredible that we ate all that for breakfast, but we did, and it was all good, but we felt heavy and a little sick afterwards.

Remember that breakfast is a good way to begin the day.