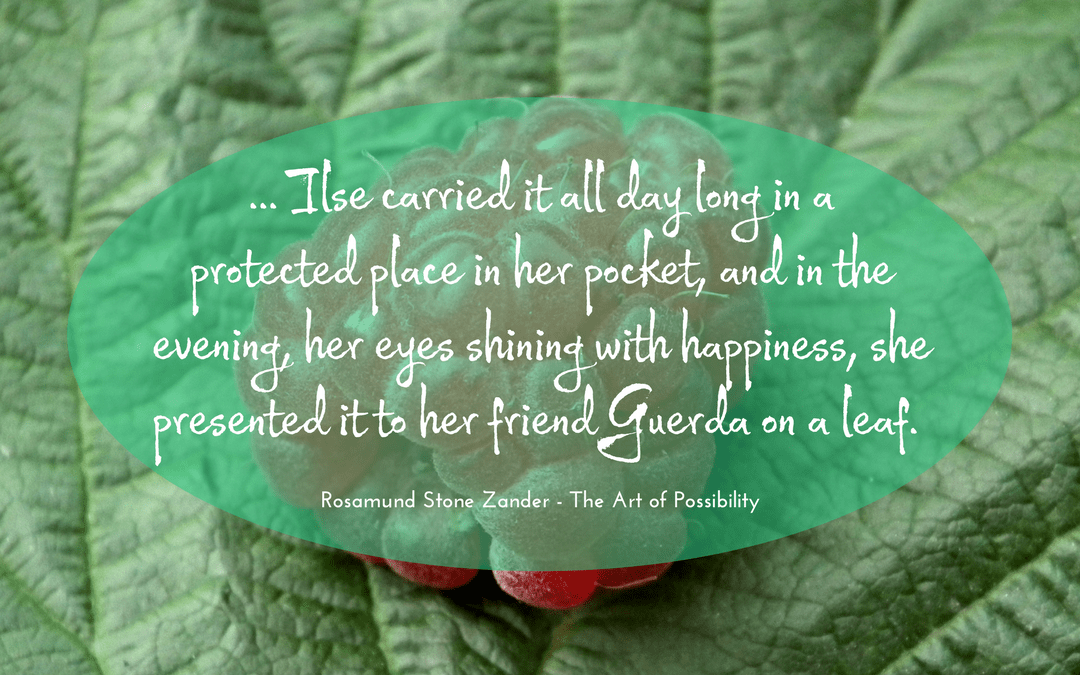 When I read this story, it felt as if an occasional Nuannaarpoq Award might be in order, and I can’t think of a more moving or humbling example of the spirit of nuannaarpoq than this one.

‘Inscribed on five of the six pillars in the Holocaust Memorial at Quincy Market in Boston are stories that speak of the cruelty and suffering in the camps. The sixth pillar presents a tale of a different sort, about a little girl called Ilse, a childhood friend of Guerda Weissman Kline, in Auschwitz.  Guerda remembers that Ilse, who was about six years old at the time, found one morning a single raspberry somewhere in the camp.  Ilse carried it all day long in a protected place in her pocket, and in the evening, her eyes shining with happiness, she presented it to her friend Guerda on a leaf.  “Imagine a world,” writes Guerda, “in which your entire possession is one raspberry, and you give it to your friend.”‘

Perhaps more striking even than an act of generosity in a place of hell, is the joy that this brought to Ilse, her eyes ‘shining with happiness’.  I wonder what went through her mind during the day, when she was guarding her gift – did the anticipation of presenting it to her friend temporarily insulate her from the hunger and cruelty around?  She sounds an extraordinary human being.