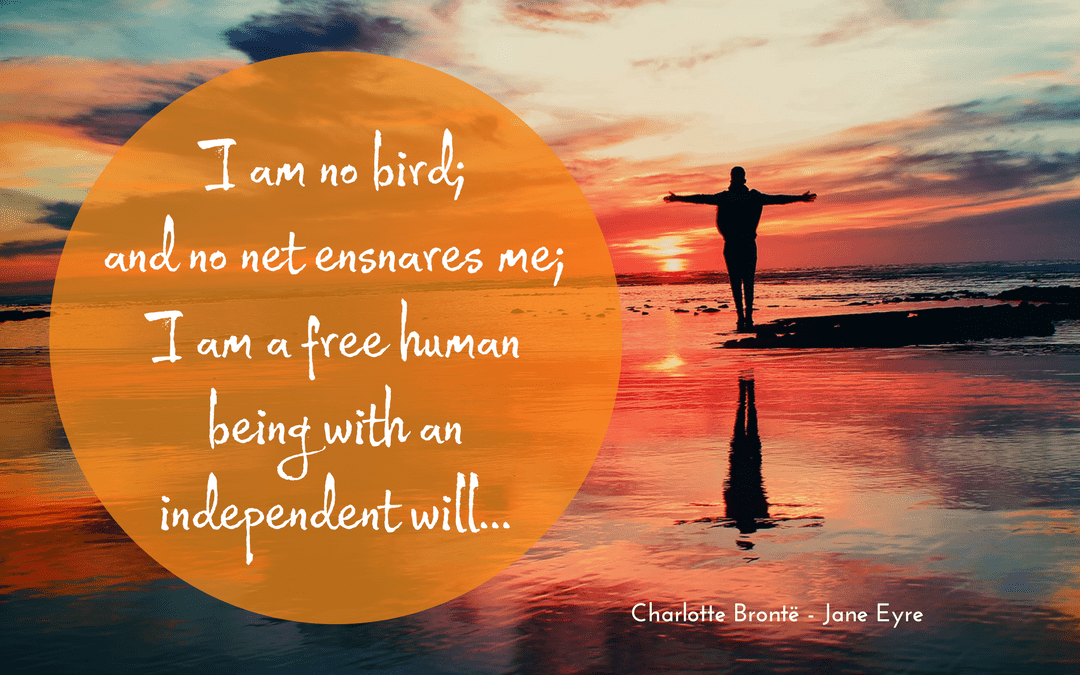 One of the most powerful ripostes to any attempt at ensnarement or wing-clipping, there is something timeless and transcendent in Jane Eyre’s clarity.  Mr. Rochester tries to bind her to him but soon learns that nothing will drive her away faster.

‘Jane, be still; don’t struggle so, like a wild frantic bird that is rending its own plumage in its desperation.’

‘I am no bird; and no net ensnares me; I am a free human being with an independent will…’