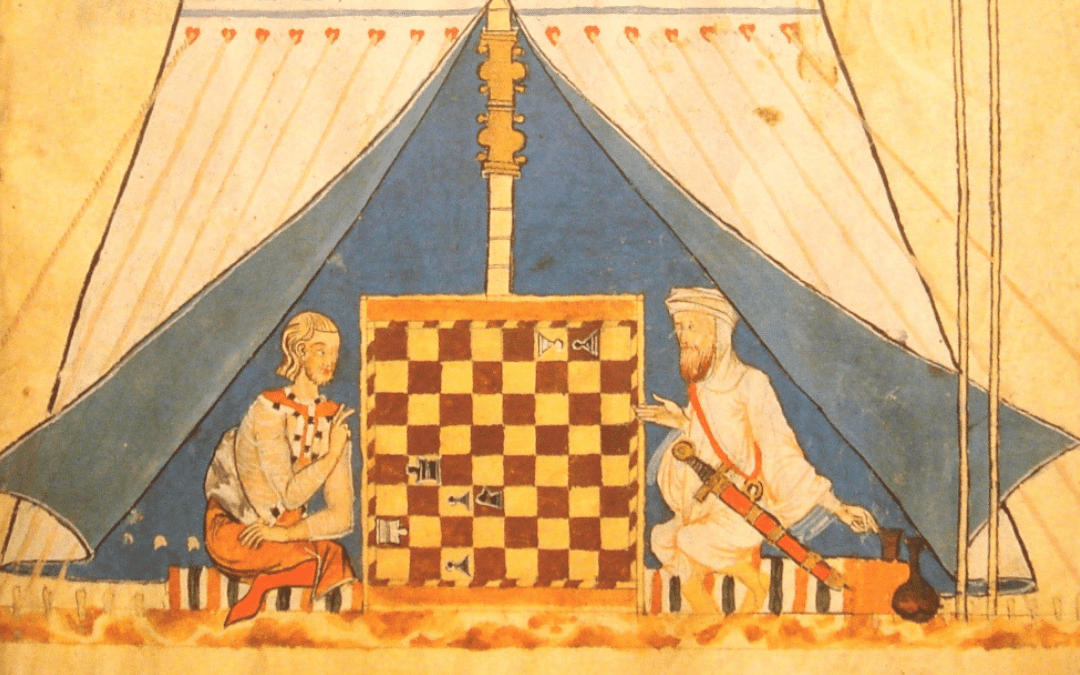 One day I was on a crowded bus in Geneva. A boy of about 12 got on and finding there were no free seats, he sat on the step of the back row, and took a mini-chess board out of his bag with pieces apparently set mid-game, magnetically or otherwise held in place. He started studying the board intensely.

Then I noticed a man sitting on the seat behind, looking down over the shoulder of the boy perched at his feet, also studying the board with an expression of smiling interest. He quietly, politely pointed at the board and spoke to the boy and they began a conversation about the game which lasted until the boy reached his stop and had to get off.

It was a pleasure to observe this shared moment between two strangers united by a common passion. Along the same lines, I was struck by this 13th century image of a Christian and a Muslim playing chess together.