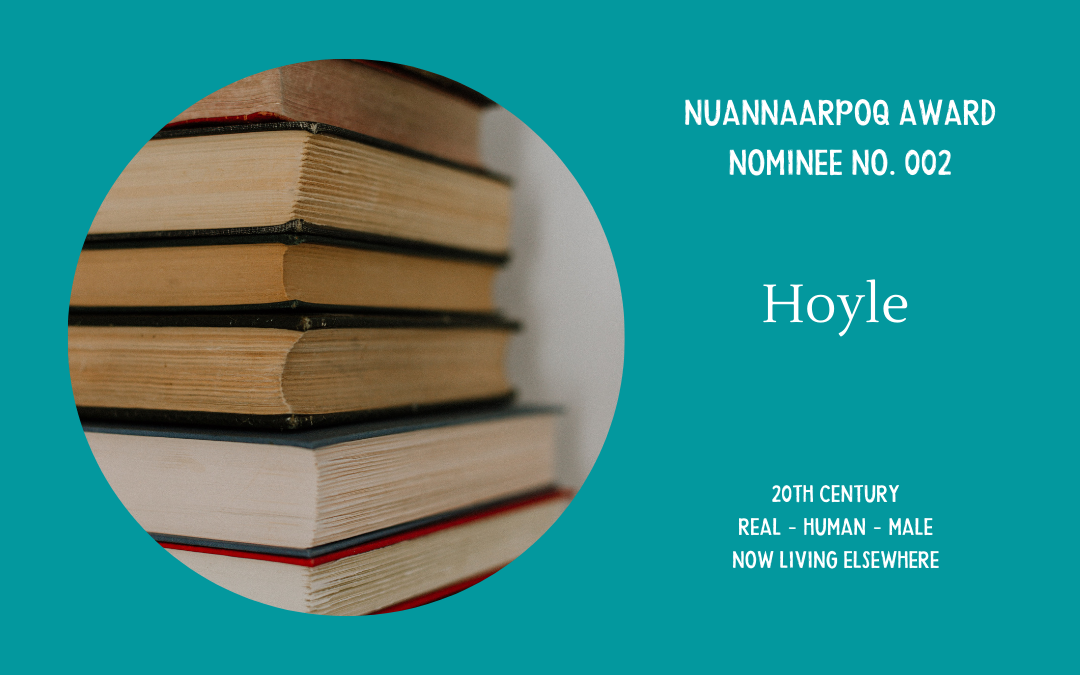 Our second nominee for a Nuannaarpoq Award is: 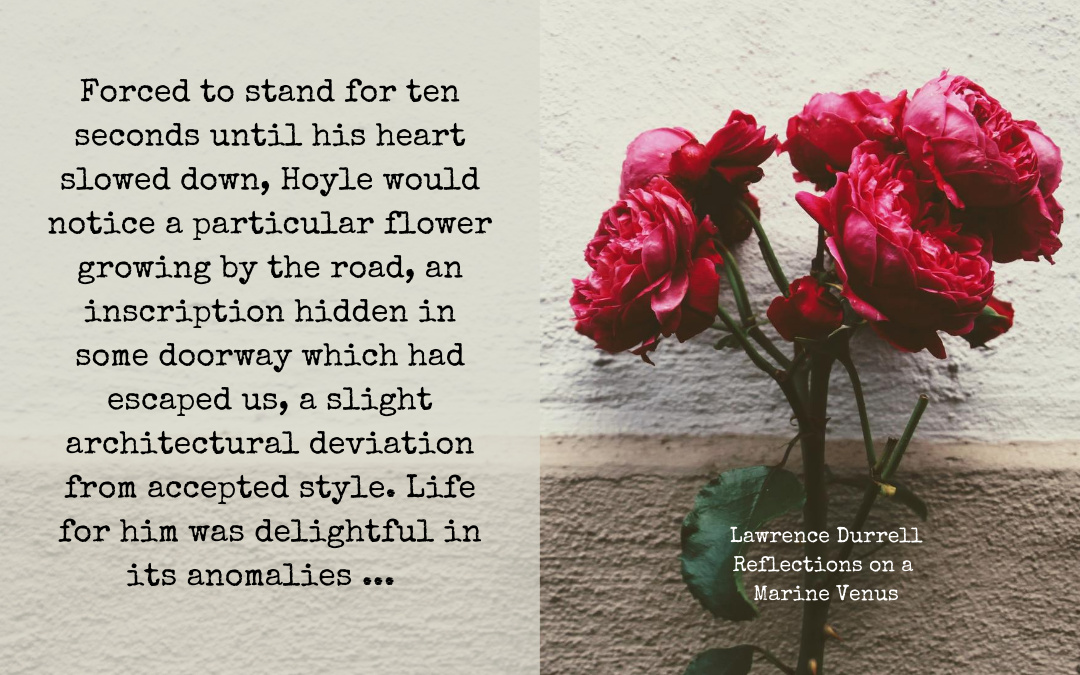 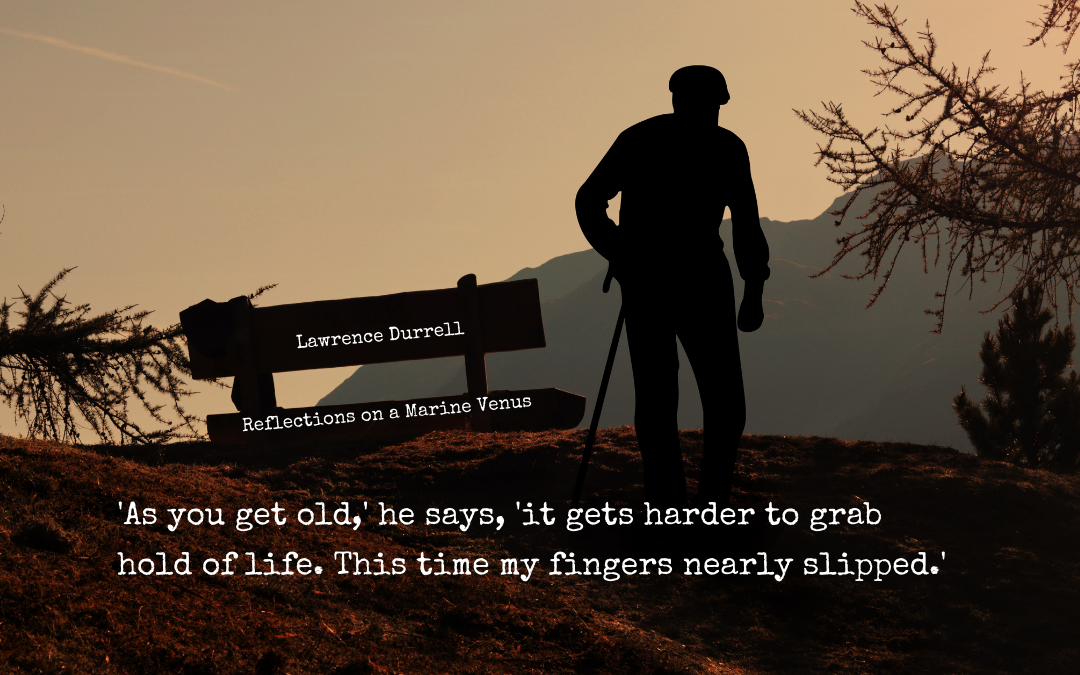 All we know of him is evoked in a few anecdotes by his friend Durrell in a lyrical description of two idyllic years spent on Rhodes after the war.  He is only ever referred to by his surname and his nuannaarpoqian qualifications are equally matched by his eccentricities of mind and movement and occasional ornery outbursts, such as when he puts his friend Gideon in his place.

However Hoyle is both loveable and admirable, demonstrating a life-loving resilience despite health constraints including a dodgy heart.

Durrell’s first impressions of him show something of his complexity:

Hoyle was small and rotund, with a large head and luminous eyes … Later I was to discover that his conversation was manufactured for him by a mind which valued exactitude above all things, and a heart which had never outgrown some of the delightful shyness of childhood. 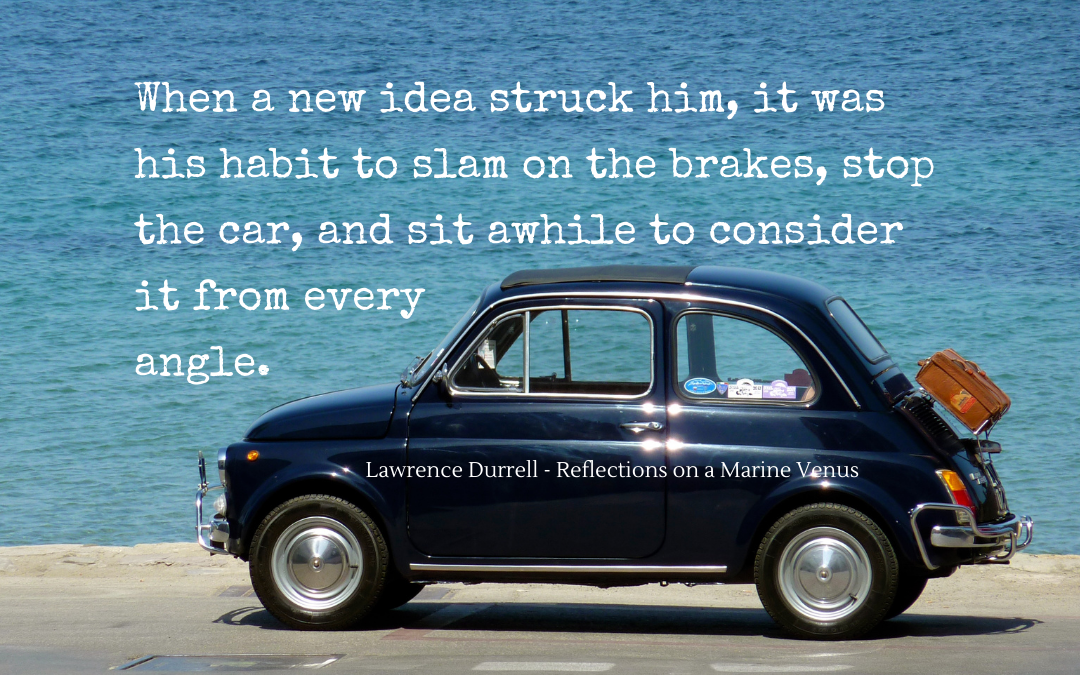 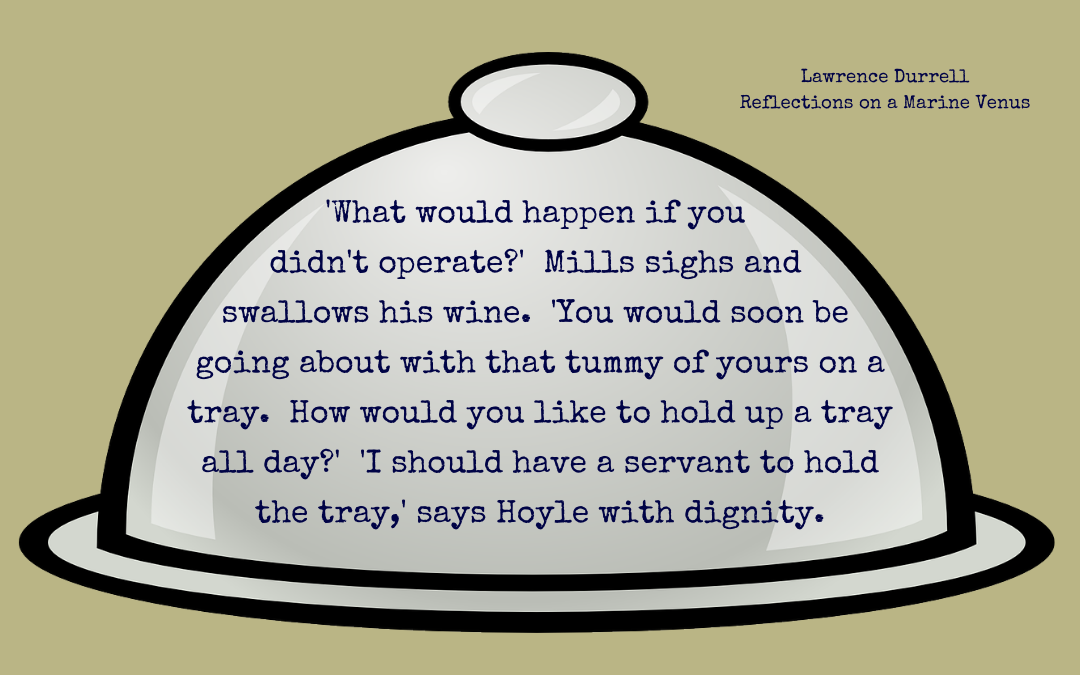 He was also an amateur scholar, piling up languages and notes, the latter to languish in his own active archive:

In the course of his long consular career he had mastered some nine languages, and the greater part of his life was spent in studying comparative linguistics with the nine fat dictionaries he carried about with him in a tin despatch case …

Whether the mountain of notes which Hoyle carried about with him all over the world will ever be refined and pruned into a thesis is another question.  My own feeling is that it has become too much of a life-passion.  What would Hoyle do if he had no great bundle of MSS to play with: to add to, to subtract from, to rearrange, to reconsider, to prune, to shape?  He would probably die.

And I found his prickly pride endearing, as when a doctor friend is persuading him to be operated on.

Click on the images above to enjoy the evidence and see also our quote-packed celebration of Durrell’s book on his time in Rhodes.

In addition, click here to visit other award nominations, such as Gorky’s grandmother. 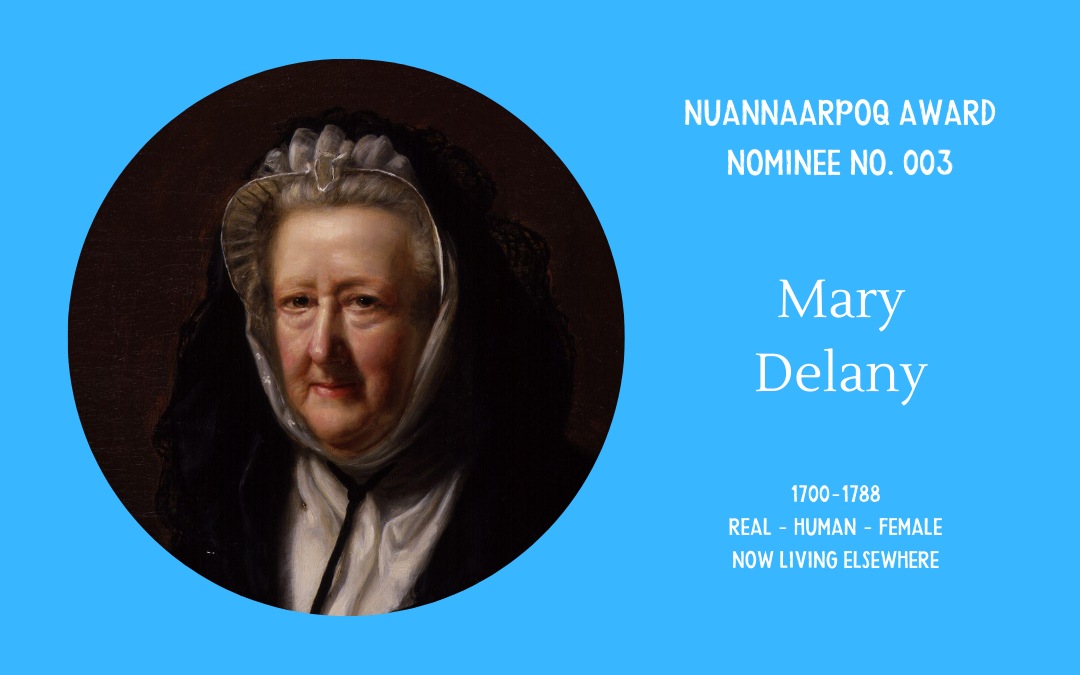